The Cultural Center of Ermoupolis, Syros 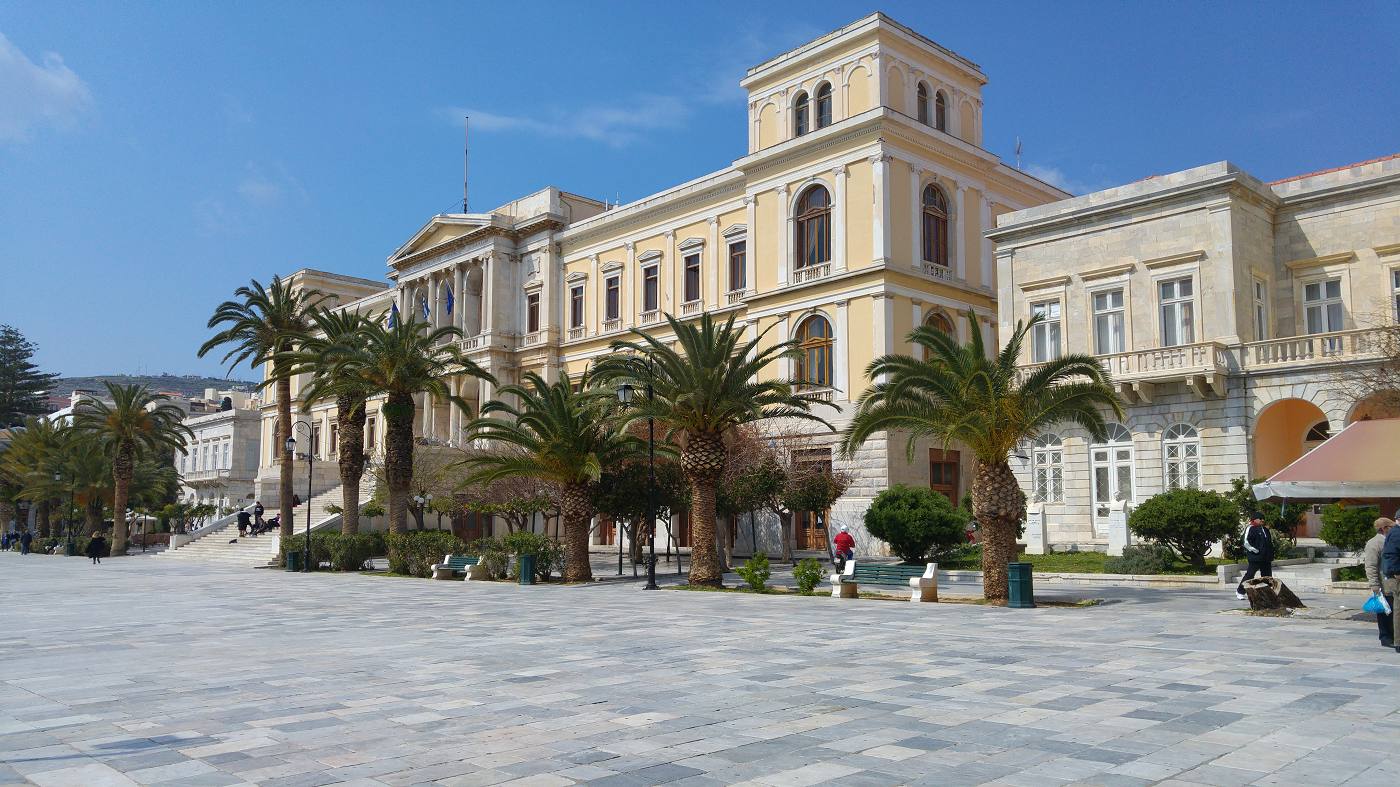 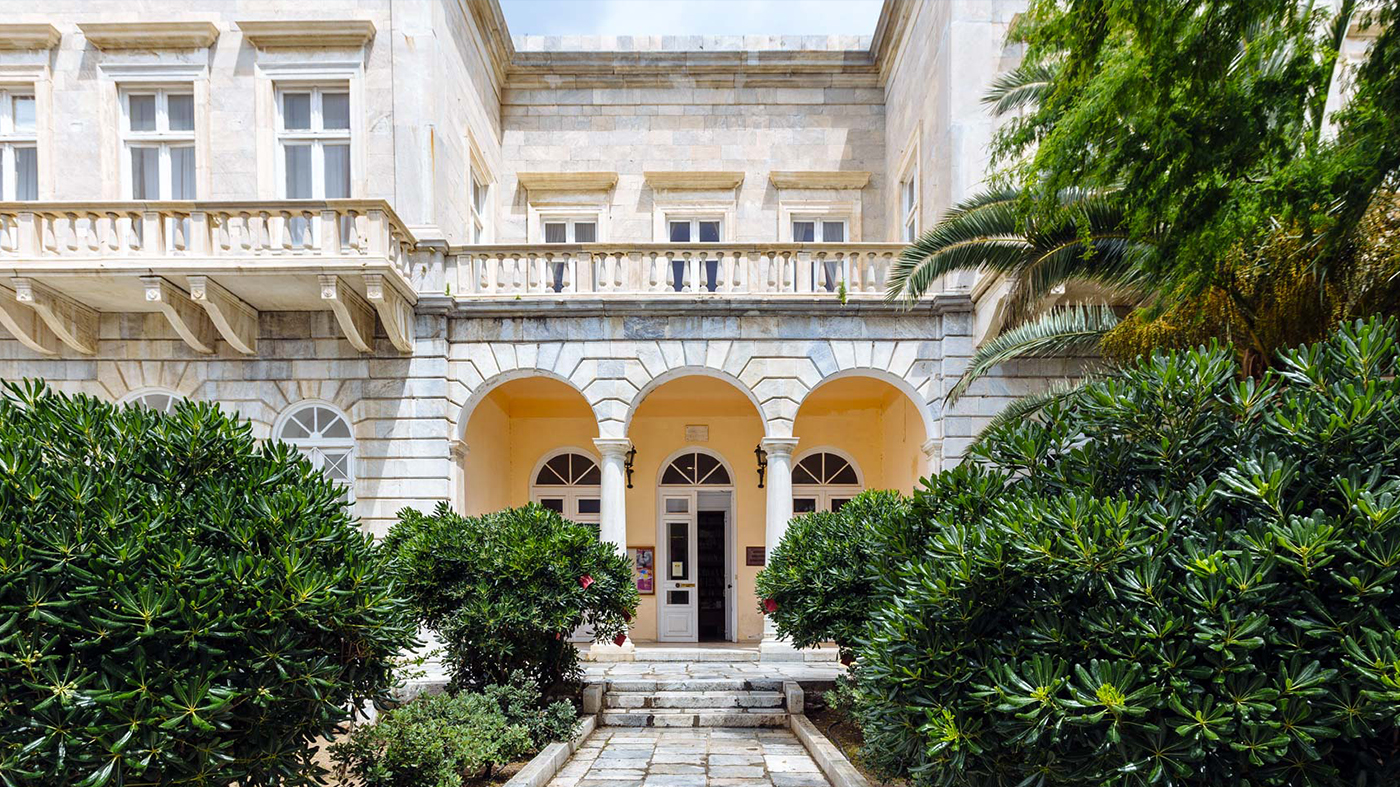 The Cultural Center of Ermoupolis was built in 1863 under the supervision of the Italian architect Pietro Sampo. The cultural center of Syros adorns the city with its impressive architecture and cultural identity. Its monumental appearance stands out for the marble parapet, the balcony, the walls, the toscanic columns, the stone pitching with the filled joints and the cornices. The building was initially under the rule of the Italians and was soon bombed, suffering many damages. By 1970 the building was home of the Hellas Club and soon it began to house the Cultural Center of Ermoupolis which organized various kinds of events until 1998 when it was renovated and began to also house the Convention Center. The mural decor was badly damaged and was later restored by the painter Anna Vasilakis.

Click on the map below for location and directions: 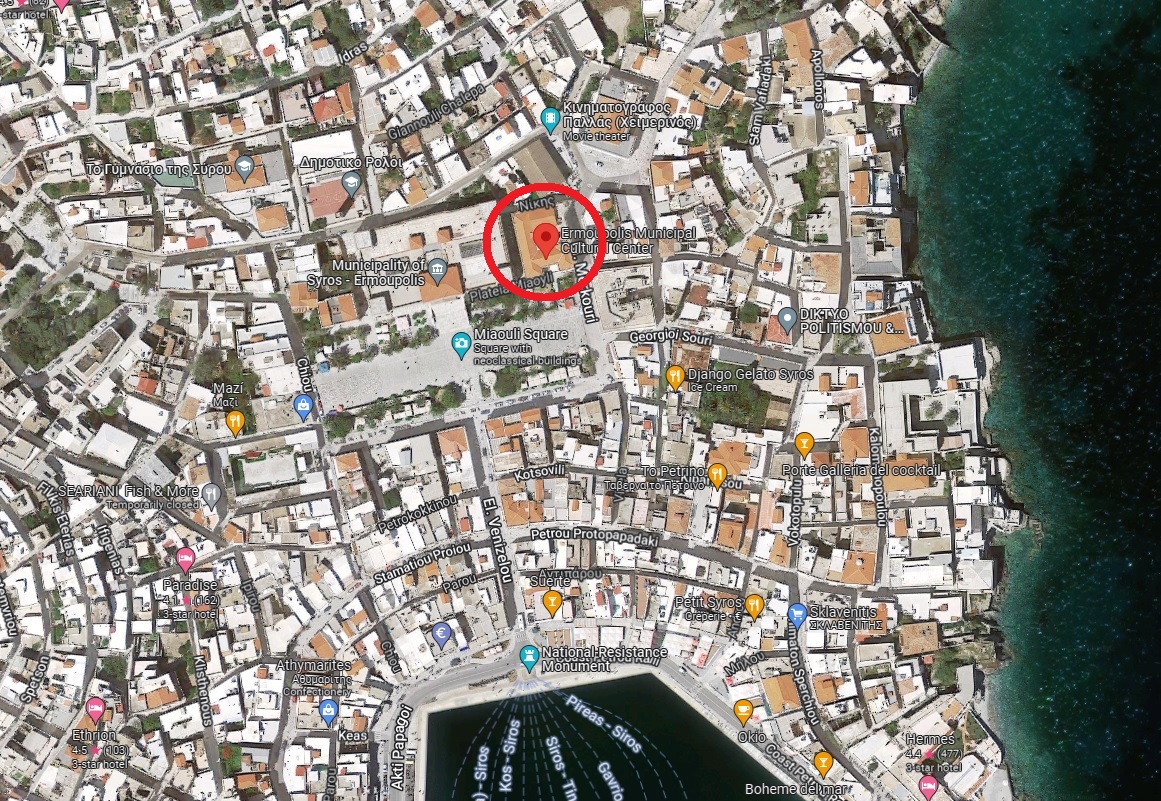