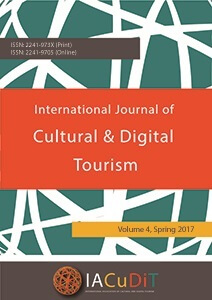 8 – FACTORS OF HUMAN MOTIVATION IN ORGANIZATIONS: A FIRST SCIENTIFIC MODELING FOR A MORE EFFECTIVE APPLICATION IN THE HOSPITALITY INDUSTRY (PDF)

The present manuscript has two key objectives, firstly it will model the concept of human motivation within an organization and secondly, based on this modeling, it will extract within a coded framework the key motivational factors, as well as the variables that describe/ define those factors. To achieve the abovementioned objectives, an extensive review of the international scientific literature was conducted, while the method of content analysis was adopted. This method allowed the creation of a new integrated model of human motivation in organizations, which led to the formulation and the novel codification of two main factors: the regulating factor and the motivating factor. The regulating factor within an organization can regulate/ affect the motivating factor which in turn affects the behavior and the actions of the employees. The regulating factor within an organization depends on two agent factors: the human/ employee (Maehr & Mayer, 1997 and Wiley, 1997) and the community/ organization (Miner, 1994 and Wiley, 1997). Likewise, the motivating factor depends on two agent factors: needs (Islam & Ismail, 2008, Koole, 2009, Fisher, 2010 and Von Gilsa & Zapf, 2013) and the outcomes of actions/ behaviors (positive or negative) (Amaratunga & Baldry, 2002, Robbins & Judge, 2010 and Abadi et al, 2011). Based on the findings of this manuscript, the researchers will soon conduct a field research upon the motivation via reward systems in Greek luxury hotels and how these systems can contribute to the change of organizational culture in hotels.

Thematic parks can become an important part of the promotion for a destination. This paper has examined the profile of visitors to a thematic park in Zakynthos, Greece. It is important to mention that there is a lack of research into this field; hence it is important to have empirical evidence on this field. The research has taken place in a sample of 272 visitors of the Tsilivi waterpark. It is important to remark that the profile of the visitors seems to vary. It is not made only from small children but it is made mostly from whole families coming from a wide range of demographic characteristics. Indeed, the majority of the visitors were aged from 35 to 44, which is an indication that a thematic park focuses mostly on families made from the parents and the children. Indeed, the formation of recreational theme is mostly a family task or a number of people who know well each other.

Museums have traditionally been among the most popular tourists’ attractions. Lately, cultural stakeholders are using the websites as a powerful tool for attracting tourist audiences. The usability and functionality of a museum website can only be confirmed through an evaluation experiment. The scope of this paper is on presenting an evaluation model for evaluating and comparing the websites of thematic museums. The particular evaluation model has been used for evaluating the websites of thematic museums on olives and olive oil using an inspection method. Inspection methods are mainly conducted by experts that comment on specific evaluation criteria. The criteria used in the described evaluation experiment have been selected after a review of the criteria of the inspection models used for evaluating museum website. Furthermore, the proposed method use an elegant way of combining these criteria using a multi-criteria decision making theory called Analytic Hierarchy Process (AHP). AHP uses pair-wise comparisons between criteria and alternative museum websites. This process results in calculating a final value for each museum website and form a final classification of the websites of the olives and olive oil museums in Greece. The comparative study of the websites of the thematic museums of olives and olive oil in Greece can provide useful conclusions for software engineers and cultural stakeholders, in general.

Towns and cities are increasingly using arts festivals as an important motivator to attract tourism and to stimulate urban development. This research seeks to address tourism interrelationships that develop between destination residents, festival visitors, cultural stakeholders and the tourism industry. The objective of the paper is to explore the role of the International Arts Festivals in the tourism development of Kalamata and Drama, Greece, through measurement and evaluation of the perceptions of its main stakeholder’s groups. Primary data were collected with online questionnaires, distributed during autumn 2016. 130 questionnaires were answered concerning the Drama International Short Film Festival and 186 questionnaires were answered concerning the Kalamata International Dance Festival. The two Festivals are significantly acknowledged for their overall role in the cities’ tourism image and growth, despite different characteristics of the two festivals and of the two cities. The city of Drama has benefited from its festival, which has played a significant part in improving the city’s tourism infrastructure, image and first-time visitor attraction. As Kalamata is an already established destination, the festival there may have not necessarily translated into much higher tourism revenues and infrastructure improvement, but is has significantly enhanced its image and high-profile visitor attraction. The residents and cultural stakeholders value the role of the festivals not only because of increased revenues through tourism but also for raising cultural standards in their cities. The visitors seem to consider festivals as a great motive for visiting a destination and an opportunity to combine their visit with holidays and sightseeing in the greater area.

The development of sport tourism as a dynamic tourism form has engaged authors over thirty years in an effort to map its magnitude and nature. A plethora of different approaches and epistemologies have been recorded aiming to clarify the phenomenon that puzzled both academics and the tourist industry due to the broad and idiosyncratic features it presents. The present study aims to facilitate this effort of delineating the field by producing assumptions deriving from different definitional attempts since the emerging of sport tourism as a specific tourism expression. Gaps in the literature review are examined aiming to guide future research towards understanding all dimensions involved in a comprehensive definitional theoretical platform. The intention of the paper is based on the notion that the rapid growth of sport tourism is in need for theoretical clarification in order to advice scholars as well as policy developers on different sport tourism expressions and types. The analysis of sport tourism definitions produced here can be fruitful in redefining sport tourism and its key components in order to produce successful relevant developments and destinations.

73 – DEVELOPMENT AND FINANCE OF HOTEL ENTERPRISES BY CHANGING LAND USE. THE CASE
OF CRETE (PDF)

In the last ten years, Greece had encounter financial recession that had vital impact in all sectors of the economy. Prices of land had dramatically been reduced and tourism enterprises faced difficulties in terms of paying back past loans Moreover, foreign and domestic investors seem that are highly interest investing in Greece with emphasis in the Tourism Industry. Especially in the Region of Crete changes of Land Use seem that could boost the development of the Tourism and Hospitality Industry. Although Greek Hospitality industry seems to come back followed by international tourism arrivals, yet these positive figures tend that not to affect the perception of investors in Crete since Land Use has not being changed in both tourism developed and less developed areas in the last decade. Aim of this study is to explore investment opportunities in the tourism sector, if Local Authorities are about to change Land Use from Industrial and Agricultural to Hospitality. The research hypothesis is if changes in Land Use in the Greek Hospitality Industry and specific in the Region of Crete within the reform of current economic environment they can assist investment opportunities in less developed and tourism developed areas of Crete Prefecture.